At the moment our live theatre shows have been cancelled due to the pandemic. Below you will find information about the shows we are preparing for the return to normality.

For the 2020-21 school year we have three On-Line series, especially designed for these uncertain times. Your students can continue having fun with us all year! 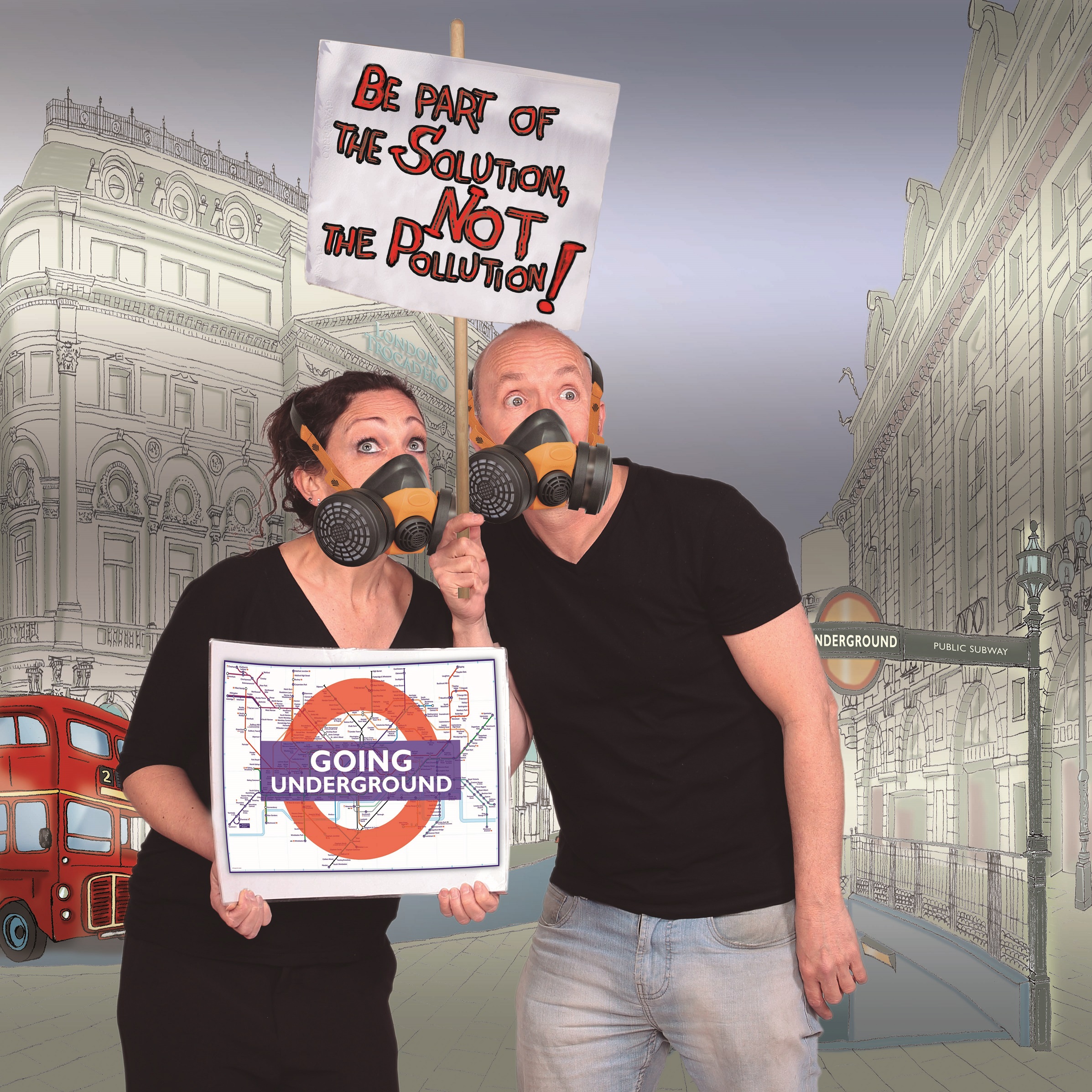 Post- Pandemic London, 2024: once again the syren, warning of dangerous levels of air pollution, goes off, and everybody heads to the nearest Tube Station to take refuge. Harry works in Down Street Station, a “ghost station” that fell into disuse and that he now maintains as a shelter for people in moments of high pollution in the city.

Bob is a reporter on her way to the emergency conference for pollution and Climate Change but, finding herself forced to take shelter from the polluted air, it seems she will never get to her destination and won’t be able to broadcast her report, critical with the measures so far taken by world governments.

The situation will take everybody today sheltering in the station on a hilarious and highly educational journey through London on it’s famous Underground to tell the truth to the world and convince its governments that it is time to act to save the planet.

Suitable for and adaptable to all levels of Secondary, “Bachillerato” and Technical Education. It comes with highly educational teaching material that includes the songs from the show. Entirely in English and performed by native speaking actors from Great Britain. The show has a duration of approximately 65 minutes and the maximum audience is 300 people. 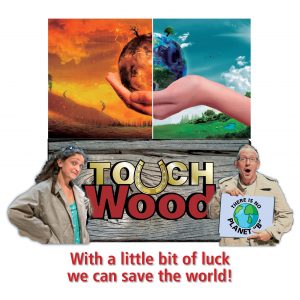 Somewhere in England, 1962: Harry, the owner of a hotel in ruins in an isolated town, receives a letter from someone who wants to buy the hotel. Excited by the possibility of another life away from his birthplace, Harry does everything possible to impress the buyers. However, not everything is as it seems and the apparent representative of the buyers does not appear to be exactly who she says she is.

As the paths of our two protagonists cross, everyone will find themselves involved in a comical tangle that will catapult us all to the twenty-first century where the world is drowning in plastic and Bob and Harry will have to work extremely hard to clean up the hotel and its surroundings in order to survive.

The show is a comical look at superstitions and it involves us in the task of looking after our environment to save the earth from ecological disaster, teaching us that our future is not a question of luck.

A comical, musical, participatory show in pure Moving On style for students of English from 3rd year Primary upwards. The show lasts approximately 50 minutes. Maximum audience: 300. Teaching Material with written and listening exercises and the two songs sung live all included. The topic of the Material is “Superstitions and the Environment”.

SUSPENDED
Due to the pandemic and the safety measures taken by the different Autonomous Regions, we cannot perform our shows. As soon as the situation normalises, we will see you again in person.
In the meantime you can continue enjoying our work with our on-line series.

For 3rd - 6th year Primary.
An 8-part magazine programme which serves as a perfect complementary activity for presential, semi-presential or on-line courses.
An essential teaching resource!
___________